What is World AIDS Day?

World AIDS Day is held on December 1st of each year and is an opportunity for people worldwide to unite in the fight against HIV, show their support for people living with HIV and to commemorate people who have died. World AIDS Day was the first ever global health day and the first one was held in 1988. 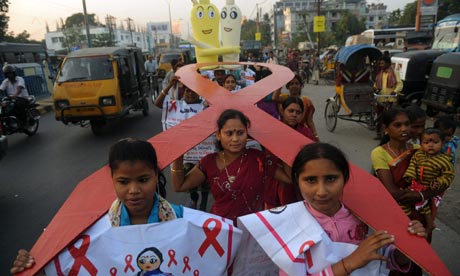 Why is World AIDS Day important?

Globally, an estimated 33.3 million people have HIV. More than 25 million people between 1981 and 2007 have died from the virus, making it one of the most destructive pandemics in history.

Today, many scientific advances have been made in HIV treatment, there are laws to protect people living with HIV and we understand so much more about the condition. But despite this, people do not know the facts about how to protect themselves and others from HIV, and stigma and discrimination remain a reality for many people living with HIV. World AIDS Day is important as it reminds the public and Government that HIV has not gone away – there is still a vital need to raise money, increase awareness, fight prejudice and improve education.

What should I do on World AIDS Day?

World AIDS Day is an opportunity for you to learn the facts about HIV and put your knowledge into action. If you understand how HIV is transmitted, how it can be prevented, and the reality of living with HIV today – you can use this knowledge to take care of your own health and the health of others, and ensure you treat everyone living with HIV fairly, and with respect and understanding. Click here to find out the facts.

You can also show your support for people living with HIV on World AIDS Day by wearing a red ribbon, the international symbol of HIV awareness.

World AIDS Day is also a great opportunity to show your support for people living with HIV, and to make a financial commitment to support organizations making a difference in the lives of those living with HIV/AIDS.

But what about after World AIDS Day?

Although World AIDS Day is a great opportunity to get the public talking about HIV and fund raise, we need to remember the importance of raising awareness of HIV all year round, especially for women. This is the work we do at WORLD everyday with your support.